May Knit (and Crochet) Alongs

This summer we'll be hosting several knit alongs and crochet alongs in the shop.  These are fun group classes that are free to join!  All you have to buy is your yarn. If you're not local, you can participate virtually as well.  We'll be posting pictures of everyone's creations as they are finished and submitted.  I'll start a thread in our Ravelry group where everyone can post their finished projects for the various knit alongs throughout the summer. The first one is actually a Crochet Along.  We'll be making the Angel Wings Pinafore in the shop on May 13 and 20 using Cascade Ultra Pima Cotton. [caption id="" align="aligncenter" width="466"] 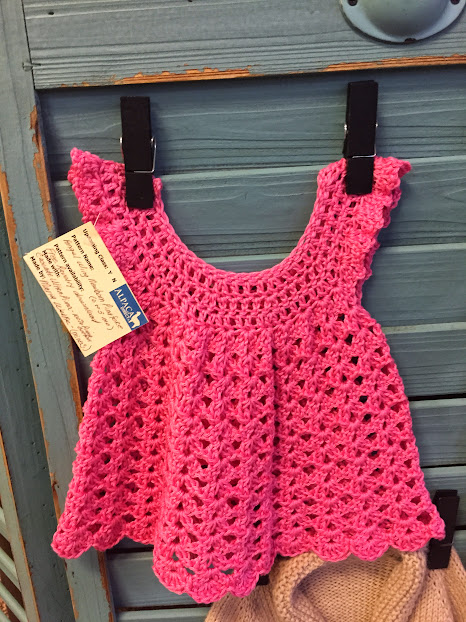 Angel Wings Pinafore shop sample.[/caption] The Angel Wings Pinafore is a sweet little dress for the new little girl in your life.  The pattern comes in newborn and 3 month sizes, and is an intermediate pattern.  It's a great pattern for both the experienced crocheter and the confident beginner who is ready to expand their skills.  Baby things are great for first garments, because they're small and much quicker than making a full sized adult sweater.  If you don't know anyone having a little girl right now, you can always make it and save it as a gift for someone in the future. 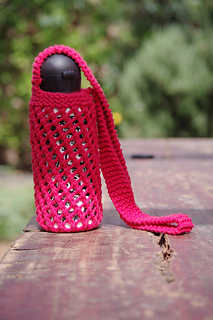 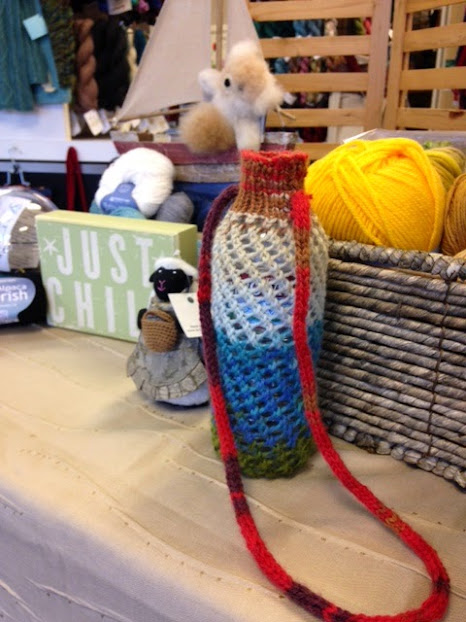 Store sample of Bishi[/caption] We'll also be working on Bishi.  It's a quick knit, and would be a great first project for knitting in the round.  It's useful for anyone who likes to carry a water bottle, but without the bulk of carrying a bag or purse.  The Cascade Ultra Pima Cotton is a great choice for the water bottle holder, too, because of cotton's low elasticity. These are just the first two in our summer of knit and crochet alongs.  We hope you'll join us in some fun projects.  They're small and won't make you too hot during the summer months.

We have an active knitting group in our shop that meets on Tuesday evenings and Thursday afternoons.  We always like when people get to show off the things we've seen them working on.  Here are a few recent finished projects from our group! [caption id="" align="aligncenter" width="466"] 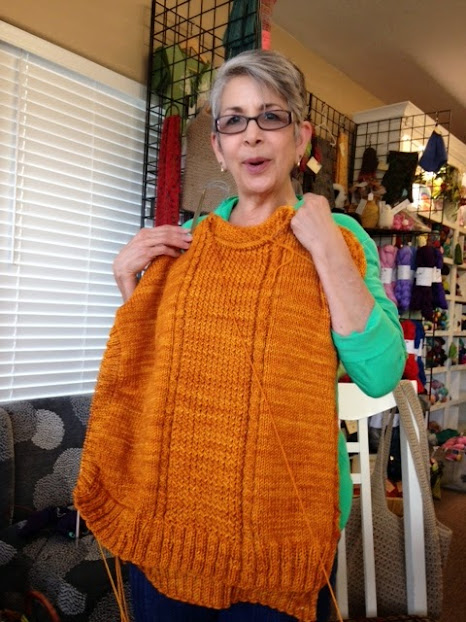 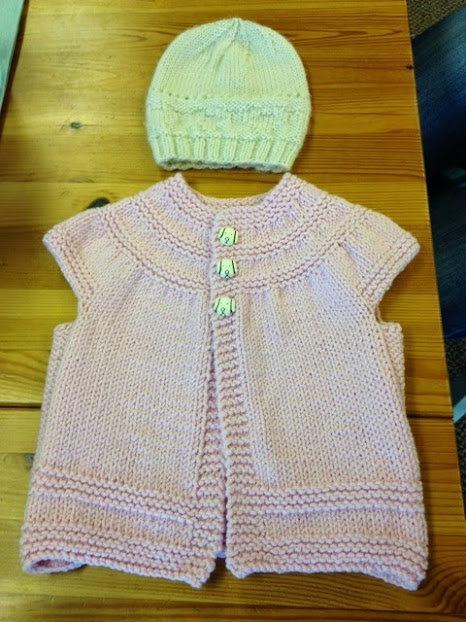 Debbie made this hoodie for her grandson. The pattern is called Moera.[/caption] [caption id="attachment_4926" align="aligncenter" width="640"]

Sue finished her first pair of socks in the Begin to Knit Socks class. She's only been knitting since this last fall, so this is a big accomplishment. Great job, Sue![/caption] Want to have your finished project featured on the blog?  Email info@alpacadirect.com with pictures, the details of your project, who you are, and where you're from.  We want our blog to feel like a virtual extension of our in shop knitting groups.  Even if you're not local, feel free to submit your work, especially if it's made from yarn or fiber from Alpaca Direct! We look forward to seeing what you've been working on!

This technique works on just about any size project, so you can use it exclusively for smaller projects in the round, such as hats, sleeves, mittens, cowls, socks, and so on.

While it sounds complicated or fiddly—mosaics are made up of little pieces of glass, after all—mosaic knitting is super easy. Seriously, you end up with a beautiful colorwork project, but you're only using one color in each row.

Our Knitting Goals for 2020

I saw an ad for a yarn company that said, "Failing at your new year's resolutions? Why not try knitting instead?" After I laughed out loud, I realized that a lot of my new year's resolutions, which I prefer to call goals, have to do with knitting, and my yarn stash in particular. Kelley's knitting goals are here, too, and they're similar to mine!
Read More